He is serving as the 18th Municipal Mayor and 46th Local Chief Executive of Municipality of Culasi, Antique and is the youngest amongst.

He is incumbent to the position with three (3) consecutive terms where his first (1st) and third (3rd) term to office has no rival in mayoral election.

Born on July 20, 1982 at Culasi Disitrict Hospital, Jose Jeffrey Yap Lomugdang is the unico hijo (only child) of former municipal mayor Joel Alpas Lomugdang and Cecilia Montilla Yap both from Culasi, Antique. He attended his elementary days in Culasi Central School, and his secondary education in Northern Antique Vocational School. He took up Bachelor of Science in Civil Engineering at Central Philippine University, Iloilo City. He is a loving father to three (3) children namely Jose Carlo, Jeffrey Carlo and Joella Carla.

Mayor Joje, as known by his constituents, substituted to his father’s mayoral candidacy way back from 2016 National and Local Election with no rival in the position. He assumed to office on June 30, 2016, succeeding his father’s position as the Local Chief Executive. On the same date, Mayor Joje married Carla Cherysa Sabay, his long-time partner and mother of his children.

On 2019 Election, Mayor Joje filed his certificate of candidacy as incumbent mayor under PDP-LABAN Political Party and won as mayor-elect of the municipality.

For his third (3rd) consecutive term, he ran as incumbent municipal mayor on May 09, 2022, National and Local Election where he is the lone candidate for the position.

Assuming the office of municipal mayor since 2016, he continued his father’s unfinished projects and vision for the improvements of Culasi. Many infrastructures were implemented, from roads, FMR’s, shoreline protection, flood controls and buildings. Agricultural projects were sustained and carried out, Health was given a higher value, and education was given importance and support. All are in innovative and sustainable project implementation.

In his term, the municipality of Culasi garnered numerous awards from local, regional even to national either private or government agencies with regards to good governance.

During his administration, the municipality improved to a degree where Culasi became the estrella (rising star) of Antique, the center of Trade and Commerce in Northern Antique, and became a premier tourist destination in the Province. 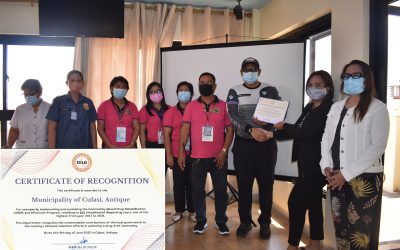 CBDRP Exemplary Recognition           To cater the needs of drug surrenderers in need of treatment and rehabilitation, the Department of the Interior and Local Government (DILG) has issued the guidelines for the implementation of Community-Based Drug Rehabilitation... 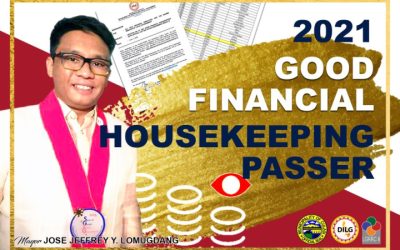 Upon verification of the BLGS-PCMD Full Disclosure Policy Team to the request from the Office of the Municipal Mayor, this municipality for revalidation of the FDP posting compliance. The Municipality of Culasi was added to the C.Y. 2021 Official List of... 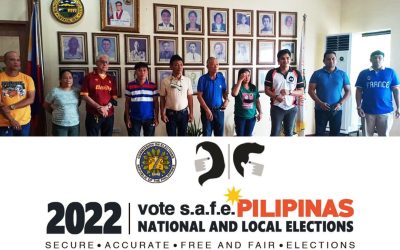