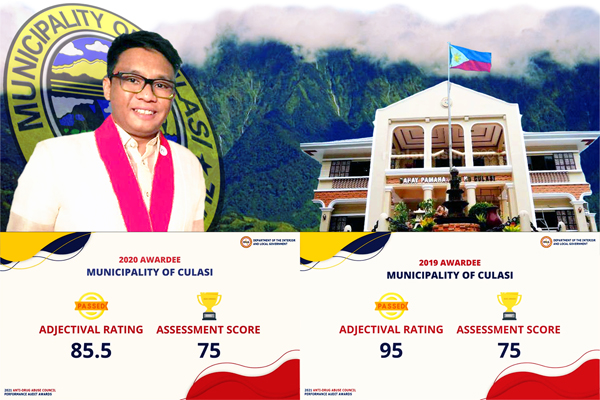 This is to determine the functionality of ADACs and to ensure the continuous implementation, monitoring and evaluation of anti-illegal drug activities in the city/municipality. 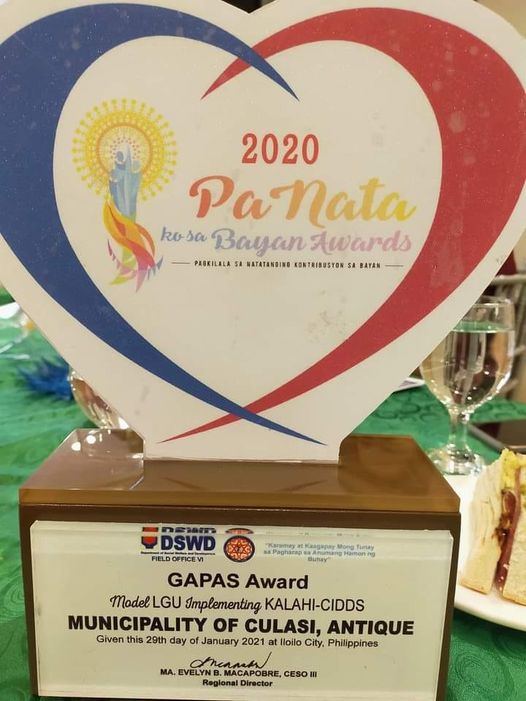 This prestigious award is an affirmation of the local government unit’s endeavor in truly practicing the Community-Driven Development approach in implementing its projects in rural areas, particularly in the island-barangays.
The successful implementation of community projects which put Culasi on the CDD map was a collaborative effort of Mayor Jose Jeffrey Lomugdang, Sangguniang Bayan, heads of office, MCT, community volunteers, barangay officials, and all Culasinhons. 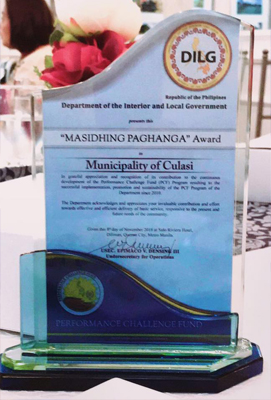 The Department of the Interior and Local Government Regional Office 6 conferred the “MASIDHING PAGHANGA’ Award to the Municipality of Culasi for its contribution to the continuous development of the Performance Challenge Fund (PCF) Program resulting to the successful implementatiin, promotion and sustainability of the PCF Program of the DILG since 2016. 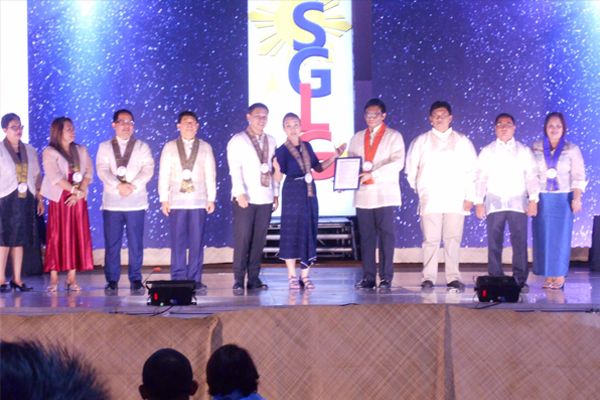 Mayor Jose Jeffrey Y. Lomugdang receiving 2018 SGLG plaque at the Manila Hotel. Adjudged grand slam national awardee and a hall of famer. The only municipality in the province of Antique earning 4 consecutive SGLG awards since 2015. 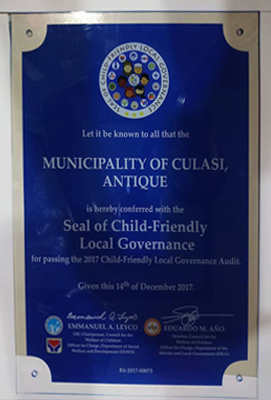 Through the leadership of Mayor Jose Jeffrey Y. Lomugdang and the effort of key employees and officials, the municipality of Culasi being conferred with Seal of Child-Friendly Local Governance for passing the 2017 CFLG Audit. 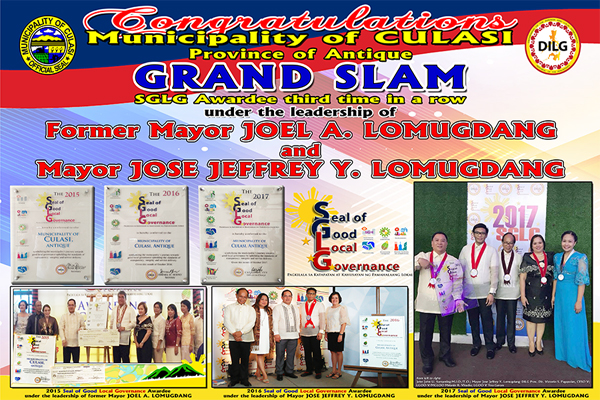 For the third time in a row, the Local Government Unit of Culasi received its 3rd SGLG Award. This is made possible under the leadership of Mayor Jose Jeffrey Y. Lomugdang and through the efforts of key employees and officials of the LGU. Indeed, the LGU improved to such degree. 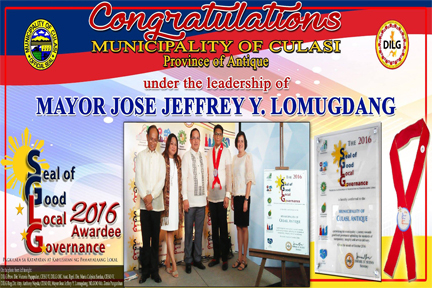 On his 1st term as the Municipal Mayor, Jose Jeffrey Y. Lomugdang received plaque for 2016 Seal of Good Local Governance (SGLG). This proof that the LGU is in pursuit to improve the performance and service delivery to its constituents. 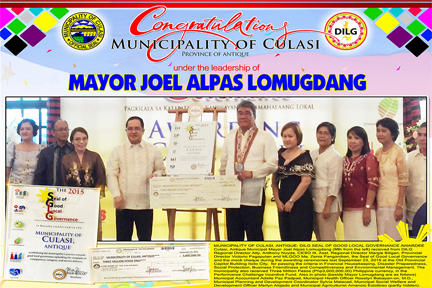